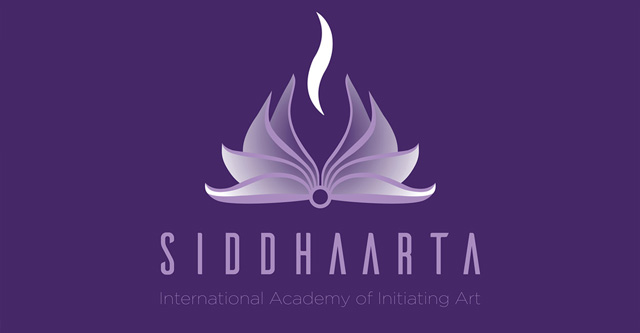 Ioan Pohariu graduated from the Bucharest Academy of Theater and Film in 1994, becoming a professional actor and being employed at the Odeon Theater in Bucharest.

The meeting with director Carmen Enache, a practitioner and yoga teacher, was a crossroads in his life, when Ioan stepped firmly on the path of soul awakening through the initiatic divine art. From that moment on, all the roles of interpretation have turned from mere masks worn with mastery into true spiritual lessons that the actor assimilates and shares with the audience.

At the same time, Pohariu is the president of the Sophrozin Cultural and Humanitarian Foundation, a founding member the Arte Diem Society and the Anima Mundi Foundation, member in Integral Studies Academy from United Kingdom, the coordinator of the initiatic art workshops both in Romania and other countries such as Hungary, Denmark, Czech Republic, United Kingdom, Moldavia, Italy, Portugal and Argentina.

A trained Graphic Designer and artist, Marilena studied various art disciplines since a young age, finding particular passion for drawing and painting, especially portraiture. She has also been studying and practicing Tantra-Yoga for 14 years and teaching the Intensive Tantra course for over 7 years. Discovering the spiritual path was the start of a long-term journey and exploration into her own being and life itself.

Tantric and Yogic practices and teachings continue to be pillars around which her life experiences become coherent, meaningful and useful. It was a natural step to begin to share these precious gems with others, and to now merge esoteric knowledge with inner and outer artistic expression.

Radu is a multifaceted artist, both an actor, dancer, choreographer and director as well as an electronic music producer, mostly self-taught, and a video editor.

He has been practicing Hatha yoga and Tantra yoga for 24 years, which has provided him the background to understand and experience what is called “Objective Art” - that which aims to be an expression of universal laws and principles, of universal Beauty, Harmony, Truth and Goodness.

He discovered through practice and direct experience that “conscious” art can be a privileged path of self-knowledge and spiritual transformation.

He’s also a teacher of creativity, acting, dance and self-development workshops. The tantric knowledge and principles are his main tools, combined with modern methods and techniques of discovering and exploring the creative potential and each person’s priceless innate talents. His workshops are oriented towards self-knowledge and amplifying and developing creativity and inner freedom.

The love for music started in the childhood when she was taught piano by her father at the age of 8. She enjoyed composing her own songs in childhood and later went to Sankt Annæ Music highschool, to focus on music and choir singing.

After achieving her BA degree in Musicology from the University of Copenhagen she travelled to USA to pursue an interest in Jazz piano.

She studied at Berklee College of Music, Boston and City College, New York. Altogether she stayed 10 years in the USA, and after her jazz studies she was teaching piano, and performing her compositions in New York.

After returning to Denmark, she took an interest in church music. She studied at Folkeskolens Church School to learn choir conducting and organ playing.

Currently she is employed in Saint Stefans church and Markus Church working with the musical education of small children.

She is continuously teaching the piano, and with a growing interest in the voice she is also studying at the Anne Rosing Institute, working with the singing technique, breath support and singing body training.

Combining the love for the piano and the voice she is currently working on a project of writing and performing music to the poems of the mystics Rumi and Hafez.

For the past 20+ years Raluca has been practicing and living the life of a tantric, full of love, sensuality and eroticism. From a young age she was a professional figure skater, eventually becoming national champion and then a figure skating coach with a psychology degree. While also being an important part of the Sophrozin Theater Group and Celestial Belly Dance Group from Bucharest Romania, dancing professionally at events all around Europe.

Becoming one with her body has allowed her to be free in herself, discovering her sublime, powerful femininity through dance. She is very passionate about helping women and couples, reach their full potential through cosmic dance. Her classes are exciting, full of energy and she creates a supportive and loving sacred space.

Her aspiration is to be continuously anchored in the present moment and to make her life a sacred dance full of love.

Vajrananda was born in Denmark, and raised in a family of artists. He became an acrobat at a very early age. His first performance on stage was when he was only 6 years old. He has been on tours with both circus, theater for children and adults in the whole of Denmark as well as in Paris and Romania.

Vajrananda was educated for 3 years in “The Theater Clan” in 1978 – 81, where he received an esoteric education. Vajrananda is a student of life itself, as well as of many foreign teachers that he has met both in Denmark as well as in his journeys to the Orient. He has been formed by being a steadfast practitioner of yoga and tantra for over 30 years, studying in NATHA Yoga Center.

Vajrananda worked in such cultural landmarks as The Royal Theater, The Little Theater, Folketeateret, Hvidovretheater, The Cirkusbuilding And many, many other cultural institutes. He has been teaching for many years in evening schools, where he instructed in theater techniques, improvisations, acrobatics, the trans-personal system of psychology of the Ennegream and its application in Art and Creativity, techniques of Meditation for Revelation of the Self, and much more.

Vajrananda is also the author of 3 books and of numerous theater plays.

Petri Taipale is movement artist having background of practicing and contemplating mysteries of movement over 25 years.

His first touch to artistically contemplative movement practices was during his studies in Turku Art Academy, in Finland, in 1996. Since that he has studied with many movement and awareness teachers in hundreds of workshops and classes around the Europe.

As a fruit of all his studies and practice he has been called to develop a movement form which he calls Contemplative Contact Improvisation. He has been teaching this form of practice mainly in Scandinavia, but also in Latvia and Ukraine.

Petri also has a 5 year education in theatre and has been involved in around 100 theatre & performance projects in the last 9 years.
info@siddhaarta.com
+45 3064 5548
Copyright © 2022 SiddhaArta International Academy of Initiating Art